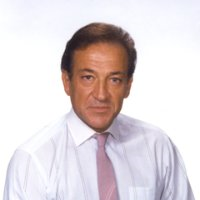 President/CEO and Professor
International Institute of Medicine and Science
USA

He is a medical-physical scientist and an educator. He is the current President/CEO and Institute Professor at the International Institute of Medicine & Science with a previous appointment as Executive Vice President/Chief Operating Officer and Professor at the Weil Institute of Critical Care Medicine, California, U.S.A. He was formerly Professor of Radiology, Radiological Sciences, Radiation Oncology, Critical Care Medicine and Physics at several U.S. and European Universities. Earlier, he was Deputy Director (Western Region) of the U.S. Department of Veterans Affairs (Office of Research Oversight). At the Loma Linda Veterans Affairs Medical Center, he was Scientific Director of Radiology, Director of the Magnetic Resonance Imaging Center and, for a time, Acting Chair of Radiology. Previously, he was also Director of the Division of Biomedical and Biobehavioral Research at the University of California at Los Angeles/Drew University of Medicine and Science and an Advisor to the U.S. National Academy of Sciences, National Research Council, for postdoctoral programs tenable at the California Institute of Technology. He is Health Advisor to the American Heart & Stroke Association, Coachella Valley Division, California. He is a frequent Keynote Speaker and International Organizing Committee Member of several international scientific conferences. He has lectured extensively in the U.S., Europe, Asia and Africa. He has published ~ 425 scholarly scientific publications and books. He is also Editor-in-Chief, Honorable Editor or Editor of 62 medical/scientific Journals to which he contributes regularly. Dr. Fymat is a Board member of several institutions, a professional member of the New York Academy of Sciences and a reviewer for the prestigious UNESCO Newton Prize, United Kingdom National Commission for UNESCO. His current research interests are focused on neurodegenerative diseases (Alzheimer, Parkinson, epilepsy, dementias and others), oncology, molecular/precision/personalized medicine, and nanomedicine and nanobiotechnology.

His current research interests lie at the interface between science and medicine, particularly molecular/personal/precision medicine, nanomedicine, human genetics/epigenetics/ecogenetics, and pharmacogenomics. His most recent publications deal with magnetic resonance Imaging with nanocontrasting materials, nanotechnology and cancer, nanochemotherapy, nanoneurology, natural and synthetic immunotherapy, drug delivery including across the brain protective barriers, and drug manufacturing in Africa. 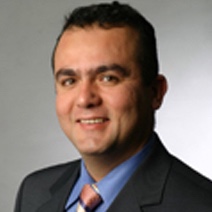 Chairman of the Board
Istanbul Consulting Group
Turkey

Yavuz is the chairman of Istanbul Consulting Group. ICG(Istanbul Consulting Group) was founded in 2013 and provided guidance to the Turkish ministry of health as part of a World Bank project. Yavuz is currently the Co-Founder of BioCube İstanbul Bioentrepreneurship & Innovation Center and Corporate Communication Director of Sumitomo Group/ Expel İlaç Archem Diagnostics Ended and Diagen. He previously managed the largest distributor of Siemens Healthcare in Turkey managing 250 employees and director of Avcılar Hospital R&D Center, Chief Medical Officer of Lifematrix GmbH. Previously he worked as the Market Access & Health Policy Director for AIFD in Turkey. Yavuz previously worked as the Vice President of Ipsen pharmaceutical and Director of Teva pharmaceutical in the USA managing large clinical trials as well as Investigator Initiated Trials and developing relationships with Key Opinion Leaders. Previously, Yavuz was the Associate Director at KV Pharmaceuticals and Director in Clinical Development department at Forest Laboratories. Yavuz earned his MD from the Faculty of Medicine, the University of Ankara in Ankara, Turkey. He completed a clinical internship at Baylor College of Medicine in Houston, followed by continued research training at The University of Texas MD Anderson Cancer Center in Houston. He recently completed his Executive MBA at the Olin Business School at Washington University in St. Louis.